ISTANBUL, TURKEY – The Oil & Gas Year has announced it has completed the first audit of its global circulation. The audit was done by BPA Worldwide, which has the world’s largest membership of any media-auditing agency. The audit certifies The Oil & Gas Year’s print circulation for each of its 25 annual country editions. The Oil & Gas Year boasts a total readership of 69,000 oil and gas business executives, according to an independent survey conducted by Zing Insights. 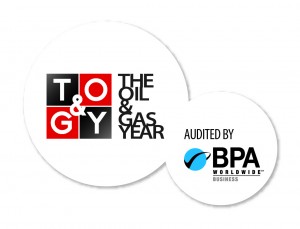 “We consider this audit a complete validation of our continued investment in our product and our loyal readers,” said Guillaume Doane, Chief Executive Officer of The Oil & Gas Year. “This recognition confirms that The Oil & Gas Year has an extensive readership of top business executives and is the preferred publication among all other oil and gas titles.”

Glenn J. Hansen, BPA Worldwide President, praised The Oil & Gas Year for voluntarily opening its records to independent verification and documentation of its circulation data. Hansen added that the audit facilitates the buying and selling of advertising space.

The auditing report is a bona fide assurance to The Oil & Gas Year’s advertisers of the size and extent of its target audiences. The BPA Worldwide audit also helps media companies by documenting the quality of their audiences.

BPA Worldwide conducts its circulation audits on an annual basis following accepted auditing procedures. In addition to verifying exact counts of recipients, BPA Worldwide also documents that they are qualified in the markets served by the publications.